Google’s 2018 Updates in Review: A Very Impactful Year for SEO

2018 has been a major year for Google in terms of updates, causing business owners and SEOs alike to rethink how they should be optimizing websites. With the release of things such as mobile-first indexing and video carousels, things we used to focus might not be the top priority in years to come.

The first major, and likely the most impactful, update of 2018 was the introduction of the mobile-first index. This means that Google started prioritizing the indexing of content from mobile versions of websites instead of desktop. The change in focus was primarily due to the amount of mobile search traffic on Google eclipsing desktop search traffic, and that gap still continues to grow. It’s no secret that more people are searching on mobile devices than ever before, and Google has taken note. Google is all about user experience, so in order to cater to the new majority of their users, the mobile-first system indexes websites and generates SERPs (Search Engine Results Pages) to make the mobile search experience more efficient and enjoyable. The update mainly affects sites that have both mobile and desktop versions that have different content. Sites that shorten or change their content for mobile to make it more appealing are now hurting themselves by not letting Google see all of the keyword-rich, SEO-friendly content they produced, ultimately affecting rankings. 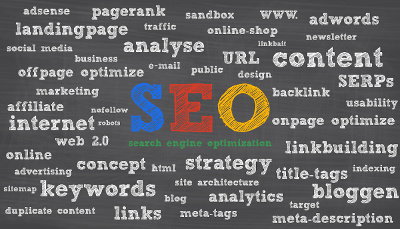 For a few months Google tested lengthening meta descriptions to around 300 characters to give users more site and page information when looking through SERPs. They then brought it back down to the former limit of around 150-160 characters. Therefore, all of the websites that went in and changed their descriptions to 300 characters had them truncated and only showed half the information that was intended. Meta descriptions are there for sites to tell users what they will see when they click through to that specific page in the SERPs. Cutting that information off halfway through could cause users to look elsewhere for what they need, if the beginning wasn’t engaging enough. This update likely didn’t have a huge impact on rankings, but if sites didn’t go back to the shorter character limit, it may have affected user engagement.

Google has also changed the way videos show up in the SERPs. Previously, videos would be shown like all of the other results – with image and text thumbnail descriptions. This update moved those to a carousel format on page one to give users more variety in their search. The carousel shows three of the most relevant (according to their algorithm) videos related to your search, as well as the normal search results below. You are also able to cycle through more videos if the first three aren’t what you specifically need. This just improves user experience by providing more options to find the information they need. Removing video text thumbnails from search results and housing them all in the same location caused people to alter the way they made videos.

The priority focus videos had to be shifted to:

Video titles also had to be changed to fit the most information in as possible while remaining interesting and preventing keyword stuffing.

One of the other major updates this year was the mobile speed update. This is likely directly related to the mobile-first indexing update in order to improve the experience of the new and growing majority of their users. Within this update, Google made mobile PageSpeed a ranking factor for mobile search results. In other words, having slow mobile PageSpeed is now being considered when Google’s algorithm puts out rankings. If you have two separate versions of your website (mobile and desktop), you’d have to make sure your mobile version runs at good speeds as well. One of the biggest necessities resulting from this update, for websites that only have one version, is to make sure your site is responsive and runs just as well on mobile as it does on desktop. It also means optimizing your website beyond keyword-rich content is much more important because PageSpeed is improved in the backend of the website.

Some examples of optimizations for PageSpeed are:

These were important before mobile PageSpeed became a ranking factor but this update just put more emphasis on them.

This update is only affects those who use the latest version Google Chrome as their web browser. Sites that did not have an SSL certificate installed correctly, causing the URL to display HTTP instead of HTTPS, will now be labeled as “not secure.” This is basically a warning system for Chrome users to let them know that they may be at risk while on the site. Having an SSL certificate installed on your site is recommended in general, but now it has almost become required. Users that visit a site that have the words, “not secure” in bright red letters at the top of every page, are likely to either visit fewer pages than intended or just leave the site altogether. As a result, overall traffic and other KPIs (key performance indicators) will see decreases. If the decreases continue, Google bots may take notice and that would likely affect search rankings. This is another effort by Google to improve user experience. People want to know that their information and computer are safe while surfing the web and the goal of this update was to add to that peace of mind.

This update came in the form of a broad core update that Google announced. Although it was stated to be a broad core update, it seemed to disproportionately target sites in the diet, nutrition, and health fields. Therefore, it became known as the “Medic” Core update. Sites in those fields that seemed to put out a lot of content with no real purpose or that were “pay to play,” meaning you had to pay to get healthy, saw some of the largest decreases. The notion that those types of sites were specifically targeted is only speculation though, since Google stated that it was a global update. They also stated that the changes were implemented to benefit pages that were previously under-rewarded.

So what do all of these Google updates mean as we move into 2019?

Google’s main focus in recent years has been to improve user experience within their search engine, and this past year’s updates are no different. It’s also clear that mobile search is, and will continue to be, their primary focus, with the massive increase in mobile search traffic. Therefore, it has never been more important than it is now to have a responsive, mobile-friendly site. It also means that you should be focusing on user experience with things such as:

Pleasing Google and pleasing the people are no longer separate efforts – they are one and the same. If your users are staying on your site and engaging with what you have to offer, Google will take notice. If Google sees that users are finding what they are looking for on your site, then they are likely going to put you in front of more people, which, in turn, improves your search rankings.

We don’t know what Google with roll out in 2019, but we can speculate that they will continue to focus on the experience, and so should you. Contact iFocus Marketing so we can help you say ahead of the curve in the new year.